These are the classes you have been waiting for! Erick and Abby Paul are back to teach Hip Hop and Jazz Funk to CVDA Students! Be sure to register online in advance for these masterclasses. 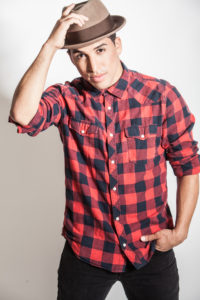 Eric teaches a very energetic form of hip hop. His unique style allows his dancers to perform with the freedom of their own style within the contour of his rhythmic movement.

Erick “Spider” Paul, originally from Seattle, WA, began dancing at the age of 17. In 2005 he joined the group called the Young Americans where he received his training. Passionately driven he has traveled around the world performing and teaching dance. He is now currently working in Hollywood as a professional dancer. Credits include: TruTV’s FAKEOFF, Dance Network’s STEADY MOBBIN, NIKE, MINI COOPER, Nick Cannon, Alyson Stoner, Anjelah Johnson, and Todrick Hall. 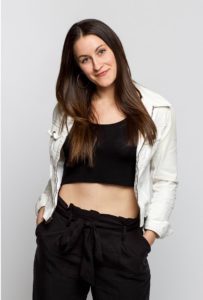 Jazz Funk is a fusion of jazz and hip hop dance.  It is a commercialized style of dance that is popular in the new era.

Abby began training in Jazz, Tap and Ballet at age 12. In 2005, she moved to Southern California after being accepted into the internationally known performance group The Young Americans. In her 11 years with the organization, she had the opportunity to teach, perform and direct national and international tours. Abby spent two years as resident choreographer for Dixie State Universities performing arts Company, while also dancing full time on the University’s Dance and Ballroom teams. A current resident of Los Angeles, Abby continues to travel the world choreographing and teaching students of all ages. She continues to study under the top dance educators in LA to maintain relevance and understanding of the current dance industry in many genres. Her goal as a teacher and leader is to encourage and motivate students into truly believing they are capable of more than they could ever dream.

Submit your program advertisement or dancer shoutout by May 15th. Dismiss