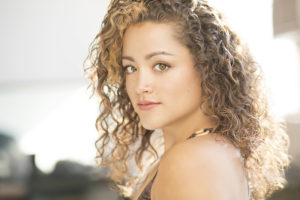 Abigail (Abby) Awe began her dance training at Chester Valley Dance Academy at a young age and studied all styles of dance.  As a CVDA Company Dancer, she participated in various conventions in addition to annual Nutcracker Performances and Recitals. Known for her magnetic stage presence, it is no surprise that she can be found on stage as an actress in New York City.

In high school at Owen J. Roberts, Abby performed in the school musicals each year, and finally, her first play in her senior year.  Throughout her college audition circuit, Abby realized that musical theater was not her calling, but acting definitely was. She pursued her passion for acting at New York University Tisch School of the Arts and graduated in 2016 with a BFA in Acting.

Once she moved to the city that never sleeps, a variety of doors opened.  Abby heavily studied acting at NYU and explored dance in the city taking classes at Peridance and Broadway Dance Center.  She remembers, “I ended up rekindling my love for movement in the second half of college with contact improv, experimental dance, and yoga. I worked with Ani Taj of The Dance Cartel and took a workshop with Tricia Miranda which propelled me back into more structural dance. My final thesis at NYU focused on storytelling via the body and movement.”  Abby was able to travel abroad to Australia during her college career that lead her on an adventure:

“I was slotted to graduate early so when I went to study abroad in Australia, my 4 months away turned into 11 months when I took an unexpected "gap semester" and boy, was that a wild ride. I learned a lot. I worked my whole way through Australia and ended up in South East Asia doing a lot of solo traveling, meeting all kinds of people and gaining some serious life skills. I had a lot of time with myself. I got to try out being Abby who wasn't an actor or a dancer but just a person and through that I got very comfortable with who I am. I learned how to listen, I learned that I like to be alone just as much as I like to be with others and I also learned to like who I am - something that is always changing.

I returned to Bali a year after graduating college and spent 5 weeks getting certified as a yoga teacher. In Bali, I realized that in my previous travels and my first year out of school (the hardest year yet!) I was really avoiding the one career I want to pursue: acting. So when I got back to NYC I made a lot of changes and I got to it.” 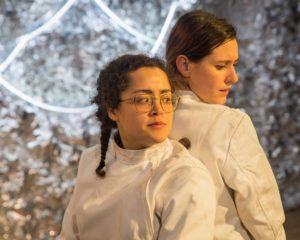 Since committing to her acting career, Abby has been in numerous plays in the city, most recently Athena, which has been critically praised.  Reviewing the recent success, Abby says, “I just closed the play Athena by Gracie Gardner! We were lucky to receive good press including a New York Time's Critic's Pick which puts us on the same list as Tony award-winning shows like Hamilton! We extended our Off-Off-Broadway run twice and are hoping to move it to a bigger venue in the next year or so, fingers crossed! In Athena I played my favorite role yet: a teenage fencer named Mary Wallace training for the Junior Olympics with a new fencing partner friend/foe Athena. I learned how to fence for the role which was very challenging but exciting. Mary Wallace is funny, nerdy and confident and overall a joy to play.” 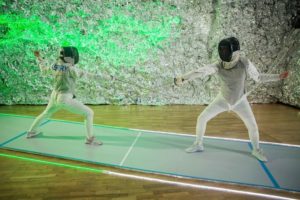 Reflecting on her acting and dance training, Abby notes that being a trained dancer makes her more comfortable in her body, which makes standing on stage or in front of a camera very easy to do.  She thanks her training at CVDA for giving her a great technical base.

For all of the students who wish to pursue the performing arts, Abby shares these words:

"My advice to anyone who has the burning desire to pursue the performing arts is to go for it. It is entirely possible to have a career that pays your bills in the performing arts. There are more jobs than just dancing or acting and you may find you love more than just performing! However, if all you want to do is perform, it is possible to do. It takes time, dedication and most importantly, passion. I don't have a "back up plan" because I don't need one and I never wanted one. Yes, this is an unconventional path. You may never have a salary. You may have to pay your bills babysitting or bartending in your 20s until your performances pay for them. I got a salaried job in social media marketing for a year and was the unhappiest I had ever been so I decided to give into what I actually wanted to do. In 9 months I have booked 3 shows, signed with agents, booked 2 commercials and have been featured in the NYTimes 3 times pursuing the career I want to do. 80% of the battle is sticking with it. This is a beautiful community to be a part of - you are supported. I wish you the best of luck!"